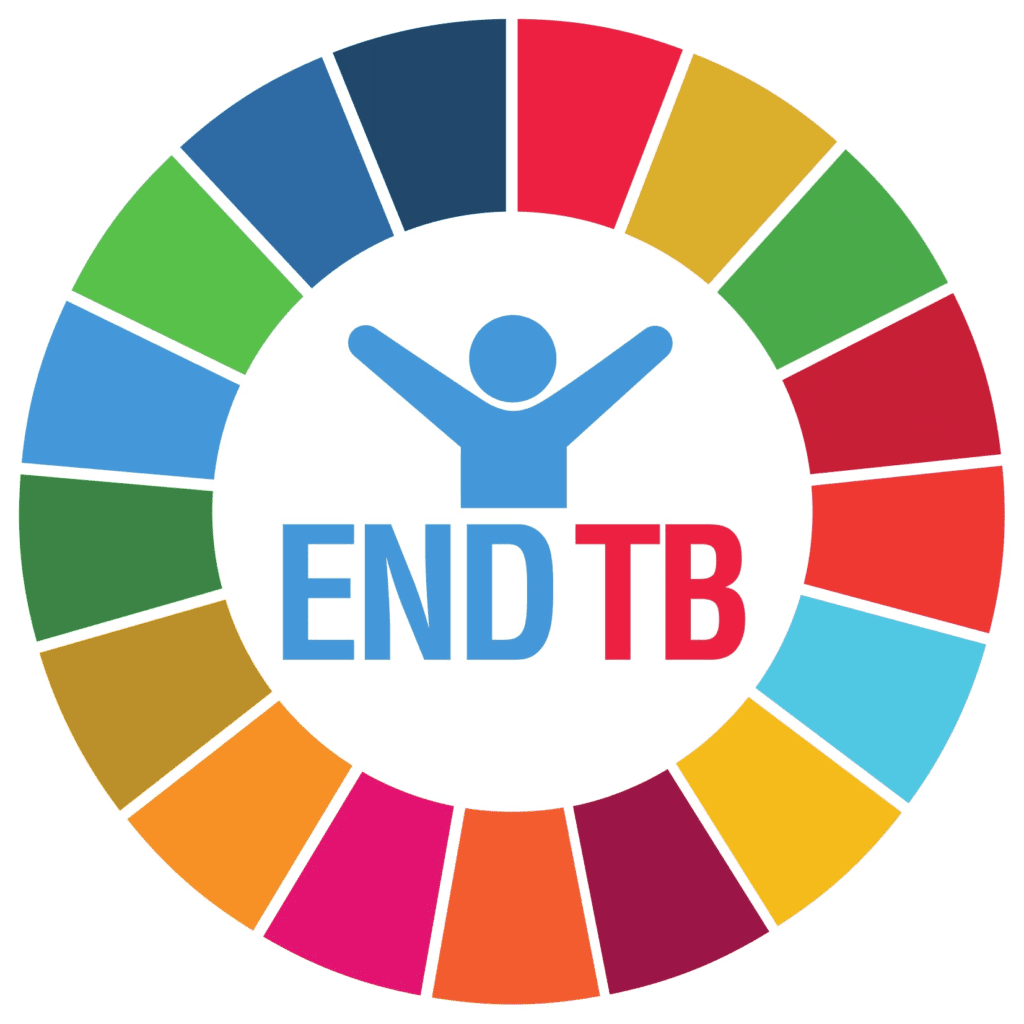 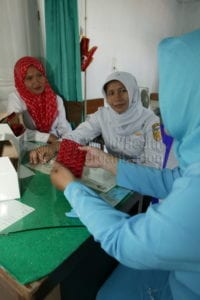 Life goes on in the region of Banda Aceh and in the camps, a couple of months after the Tsunami of december 2004, while WHO is providing healthcare along with other organizations.
Dr Yurlida the Tuberculosis Provincial Training Coordinator is in blue instructing Yusmiati Tuberculosis Manager and Nurmasiarni in red headscarf the Tuberculosis officer at Ulee Karang Health Center near Banda Aceh on the new TB drug regime.

Tuberculosis (TB) is a leading infectious killer, claiming 1.4 million lives in 2019, and one of the leading causes of antimicrobial resistance and related deaths. In 2019, about 465,000 people were newly diagnosed with drug-resistant TB and, of these, less than 40% were able to access treatment. Multidrug-resistant tuberculosis (MDR-TB), a form of TB caused by Mycobacterium Tuberculosis (M. tuberculosis) strains that are resistant to at least both rifampicin and isoniazid, emerged as a threat to TB control worldwide in the late 1990s and keeps the global fight to end TB in jeopardy.

To accelerate action in this area, Heads of State at the UN High Level Meeting on TB in 2018 committed to reach 1.5 million people with drug-resistant TB with care by 2022. These commitments built on the targets and commitments in WHO’s End TB Strategy and Sustainable Development Goals. The recently released UN Secretary General 2020 Progress Report on TB developed with WHO support as well as WHO’s Global TB Report, highlight that while there has been some progress made to reach this target, it falls short. The total number of people treated for drug-resistant TB in 2018–2019, at 333,000, is 22% of the way towards the five-year target of 1.5 million.

The last decade heralded a number of innovations in TB and MDR-TB diagnostics and treatment. Several new medicines to treat MDR-TB have been developed and entered the market. WHO has kept pace with these new developments by regularly reviewing and updating MDR-TB treatment policies. Critically, latest WHO guidelines urge countries to facilitate access to fully-oral treatment regimens for patients with drug-resistant tuberculosis. Member states have followed the lead by rapidly adopting new policies and major donors and partners including the Global Fund, the US Agency for International Development (USAID) and Unitaid, have pledged necessary support to countries with high MDR-TB burden and lower income levels. The Stop TB Partnership Global Drug Facility mechanism supported by USAID has been working closely with manufacturers and countries to increase access to affordable high-quality drugs and diagnostics for populations in need including those with drug-resistant TB.

However, access to new products still remains hindered with several challenges including complex patenting frameworks and regulatory barriers. In some instances, donor procurement is eligible for regulatory waivers, however, countries usually require medicines to be registered by national regulatory authority. While this process may take time and requires experience and well-established processes, this barrier can be overcome through technical support, knowledge sharing and partnerships between regulatory entities.

Patents can be barriers for access to new TB innovations including treatments that are more difficult to address. Patents protect intellectual property and promote innovation but also award monopoly and control of the market for a period of time. In these scenarios, bringing in generic competition in markets with single supplier can be game-changing, not just by ensuring supply security but also by driving prices down, thereby generating critical savings for governments and positive health outcomes for affected communities. An innovative mechanism that may resolve patent related barriers is so-called voluntary public health licensing for management of intellectual property. Public health patent pools can improve access to medicines and health technologies, particularly in developing countries, and facilitate further innovation.

The Medicines Patent Pool (MPP) was the first patent pool with a clear public health mandate that was established by Unitaid in 2010. MPP operates as a non-profit voluntary licensing mechanism through partnerships with originator pharmaceutical companies and generic manufacturers that facilitate access and promote innovation. MPP negotiates licences with patent holders and sublicenses those patents to multiple generic manufacturers, who then develop affordable high-quality versions of the licensed medicine, including new formulations and fixed-dose combinations. Licensed treatments are made available in a defined set of developing countries, sometimes in exchange for royalties. MPP is firmly backed by UN and has already facilitated licensing of many approved and candidate medicines for the treatment of HIV, hepatitis and TB. This mechanism will be critical for the implementation of the priority recommendations made by the UN Secretary General to address the drug-resistant TB crisis and close the persistent gaps in care by expanding access to WHO-recommended all-oral treatments for adults and children diagnosed with drug-resistant TB and increasing access to affordable high-quality drugs for populations in need.

WHO Global TB Programme commends the achievements of MPP in the last decade and looks forward to seeing further expansion of the MPP model to include more medicines with high public health value in TB, leading to increased access, global availability and affordable pricing in places where they are needed the most – in low- and middle-income countries.