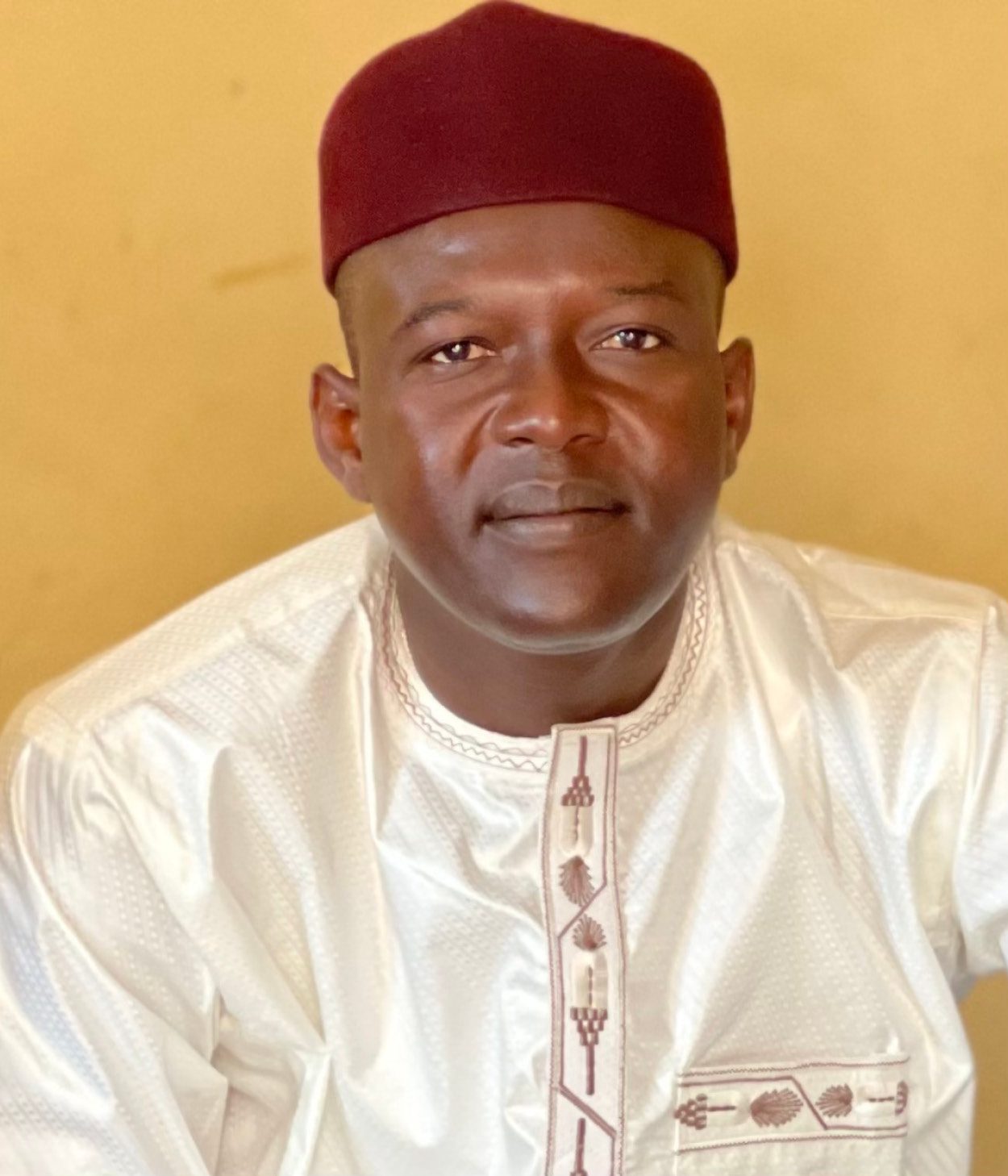 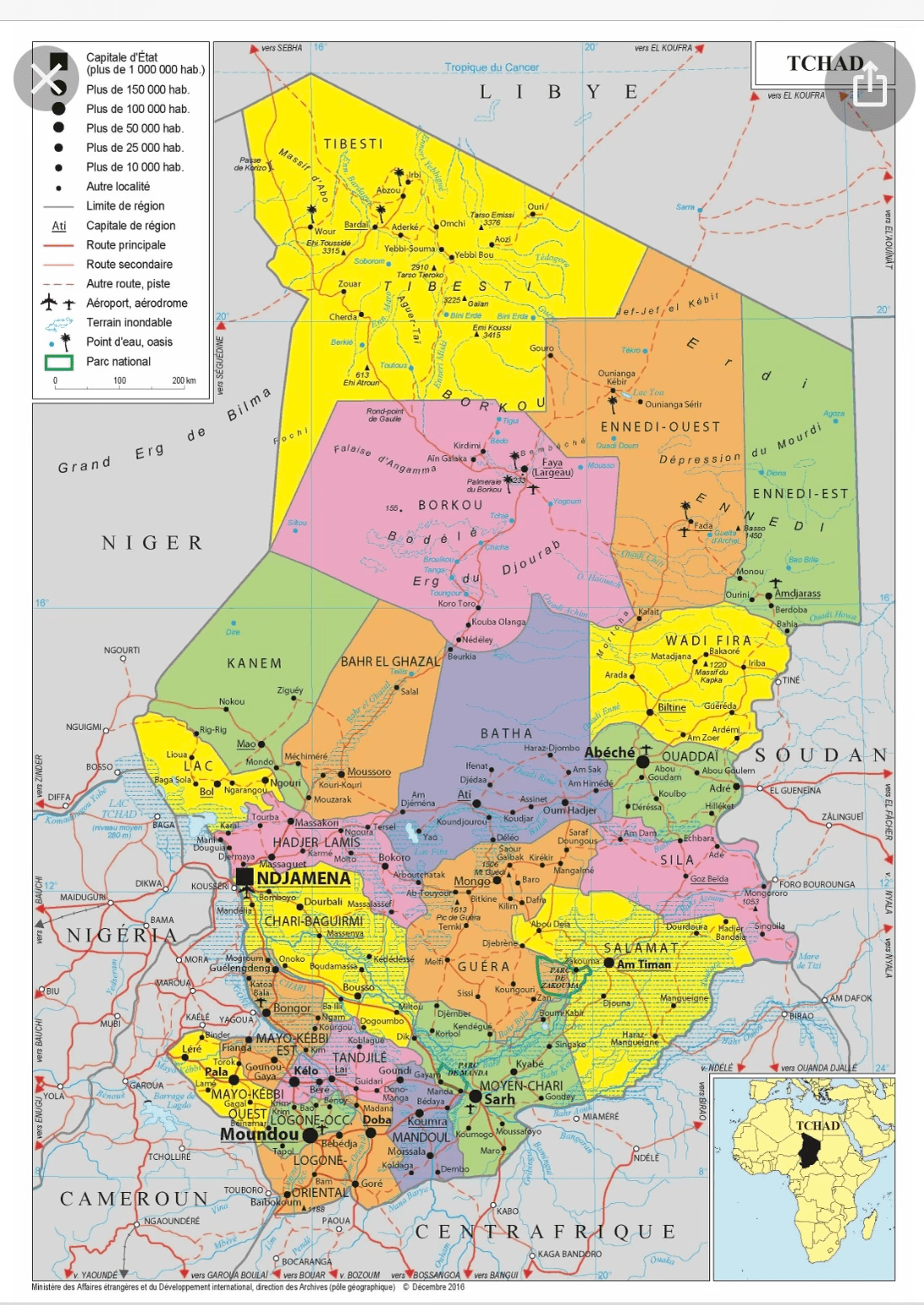 HIV is a generalised epidemic in Chad

Chad is a large landlocked country situated in the west and central African region. It borders Libya, Sudan, the Central African Republic, Cameroon, Nigeria and Niger and is home to nearly 16 million people. UNAIDS[1] estimates 120,000 are currently living with HIV and the country has an HIV national prevalence of 1.6% (ESDT 2014-2015), but is now estimated at 1.2% (Spectrum 2020) predominantly affecting those in the 15 to 49 age group. As such, it is categorised as a generalised epidemic and touches all social-economic groups. HIV prevalence varies amongst the 23 different provinces of the country, with just eight provinces seeing over 80% of cases. These tend to be the urban areas with high demographic density and where other factors increase HIV transmission. Borkou and Tibesti, two provinces in the North, also have higher HIV rates. Our programmes have difficulty reaching those in need because of geographic remoteness in this desert province. Here you find significant military presence and many transient populations, such as migrants, lorry drivers, and gold washers, so keeping track of people is difficult. Infections rates within these provinces can be as high as 5.3%, whereas in the province of Logone Oriental to the south, it has a prevalence rate of 0.1%. In the capital N’Djamena, HIV prevalence stands at 4% versus just 0.6% in other rural areas.

Women are adversely affected by HIV

Poverty is widespread with many people living in financial precarity, and this too renders managing the HIV response more challenging. For example, as in the rest of the world, young people want to be connected on social media and require expensive smartphones. Many families simply cannot afford them. We have a substantial number of sex workers and young girls who will seek out those who may be able to offer them financial assistance in return for sexual relationships. Although we have seen a decrease of 31% in new infections since 2010, according to UNAIDS we still have 5,200 new infections in 2019. Women in Chad have a higher HIV prevalence than men, with 1.8% against 1.3%, and in young people aged betwwen 15 to 24, it currently stands at 1.4% in women vs 0.7% in men. With regards to prevention, condoms may be used in the first instance but subsequently abandoned, leading to new HIV infections. Women are still very much disadvantaged when negotiating condom use and will often agree to unprotected sex to keep their partners. Our plans are to increase the use of PReP, pre-exposure prophylaxis for HIV prevention and is aimed at people at risk of infection and who do not have HIV. It consists of taking a drug to avoid getting infected.

Our HIV programme was established early and has impact

Despite the challenges, we have many successes in our HIV programme. By the end of 2020, we have registered over 77,000 people on antiretroviral treatment. Chad was quick to recognise the HIV epidemic, with the first programs set up in 1987. Over time we developed our strategic plans and grew the programme. In 2007 HIV treatment, including diagnostic tests and care were made available free of charge, and back then, just 7,000 people were on ARVs. In 2009, the Ministry of Public Health and National Solidarity set up the PSLS/IST[2], the government programme that I lead today, and in 2015 we moved to test and treat so that anyone diagnosed with HIV can start treatment straight away. Today, the Government of Chad funds a third of the HIV programmes, with Global Fund funding the remainder. We also have strong partnerships and support from UNAIDS, PEPFAR, WHO, UNICEF, among others development actors that we work closely with.

First packs of dolutegravir arrived in 2020

Following the ministerial approval of our HIV treatment guidelines in March 2019, we have now induced dolutegravir (DTG)-based regimens as per WHO recommendations. In January 2020, we received our first packs of TLD (tenofovir/lamivudine/dolutegravir 300/300/50 mg), and we started rolling out to the provinces. By the end of March 2021, 353’000 packs of 30 tablets[3] of DTG or TLD had been supplied to our PPAs (Pharmacies Provinciales d’Approvisionnement – provincial pharmaceutical supply stores). Already over 10,000 people are now taking DTG based regimens. Within our health system, nurses, midwives and health workers can prescribe first-line treatment. The CPS (Psychosocial Advisors) ensure the renewal of prescriptions. Only when treatment fails do doctors intervene and see clients. This allows us to reach a lot of people quickly. We have devised our protocol so that we can initiate DTG-based treatments for all newly diagnosed adult and adolescent clients, including pregnant women and women of childbearing age of over 30 kilograms. We are also working on switching all adults and adolescents currently on nevirapine or efavirenz based regimens and all other adults, including those who are failing treatment. Our goal is to have all those eligible on a DTG based regimen by mid-2022.

In the last year, we have received great feedback from those now taking DTG; we have yet to carry out proper evaluations, but already our clients report a positive response, with fewer side effects, the word is catching on and more clients are coming forward wanting to make the switch. Furthermore, initial data suggests that with DTG, we are achieving viral suppression much faster than with former treatments where this could take much longer to reach an undetectable viral load. We have also included the paediatric DTG 10 mg scored dispersible formulation in our 2022-2025 plans, and with the Global Fund, we hope to integrate this new option for children between 3-20 kg into our stocks as soon as possible so that our youngest children can benefit.

Chad has been supplied with quality generic ARV’s through MPP’s licensees since 2015. 1.1 million packs of 30 tablets have been delivered, representing over 91,000 patient-years of treatment.

[3] MPP data through its licence agreement; corresponding to approximately 29,000 patient-years of treatment.